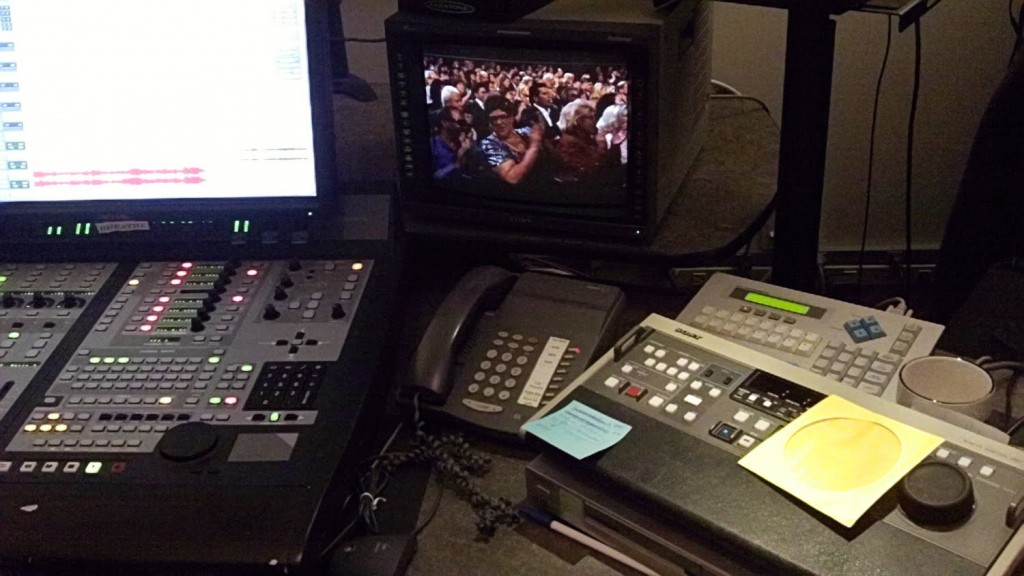 I’m writing this while I sit in a sound mix at WNET/13. My editor’s down the hall building roll-ins to drop into the Pledge breaks we spent the last week editing and getting in shape for export and delivery to the PBS system on Monday. Film and TV production is a weird and interesting life -- I think moving around every two years for most of my Air Force brat childhood prepared me for a transient work life -- going from job to job freelance, being thrown on a plane or train and heading who knows where for a day, a week, or however long it took to get the job done. Then everyone back home to look for the next gig.

Writing is almost the opposite of this. I stay home, in one seat, going to a nearby restaurant or café with my laptop for a change of pace. To do anything for air, I need a production budget; I need a crew to shoot, then an editor and mixer for post-production, even if I pre-edit the pieces myself on my laptop of home computer. All I can have is what the station can afford to make the airdate. You need to learn to negotiate -- if you and the director or editor have a different view of what’s being shot or cut, you have to learn to express yourself in a way that gets it for you -- and you have to be right -- or when problems arise, you get the smirk of someone beside you who told you that wasn’t going to work. Sometimes you win, sometimes you lose, but in the end, if everyone on your team is trying to get the job done, you make your deadline with something that does what you were sent out to accomplish. But you need people, you need facilities -- you need more than yourself.

When I sit down to my keyboard to work on my fiction, I can have anything I’m able to imagine and describe, anywhere, in any time, or even anyone. I’ve written chapters set in the Northern Africa of a thousand years ago, in contemporary New York and 14th century France, populated my novels with fictitious characters and mingled them with my versions of historic figures drawn from my research. There is total, complete freedom, something I don’t have anywhere else in my life. Is it any wonder I love to write? It’s the one place I know I can soar as high as I can take myself.

It isn’t always easy. Easy writing is seldom the best writing you do -- but it’s always a pleasure, albeit occasionally a twisted one, even when I’m wrestling with a story or characters to get them to move in the direction I want them to go. As with a TV crew, sometimes, you win, sometimes you lose -- but if you listen to what’s being said and why, sometimes you find yourself someplace better than you wanted to be in the first place.

For now, my life is still divided between my day job work and my life’s work. I hope one day to be able to sell enough books to life exclusively on earnings from my writing, but that’s a luxury a relative handful of fiction writers on the planet have. In the meantime, I’ve at least found a balance between the two that keeps me both eating and writing, even if not always as much of either as I may sometimes like.

As long as I keep writing, keep making time to write -- no one “finds” it any more than we “find” money -- I will be happy with my lot in life. Writing may not pay my bills by itself yet, but it does fill a need in me that nothing else does as well. A need for adventure, exploration, romance, mystery and occasionally even -- literary sex...how else do you think writers get new characters? (If characters in my first novel hadn’t hooked, up, I wouldn’t have half the characters in my second! And that one ends with two more babies on the way...) As long as writing fills my free time with all of that, it will always have a place in my life.